Is Delta-8 THC Legal in Nevada? 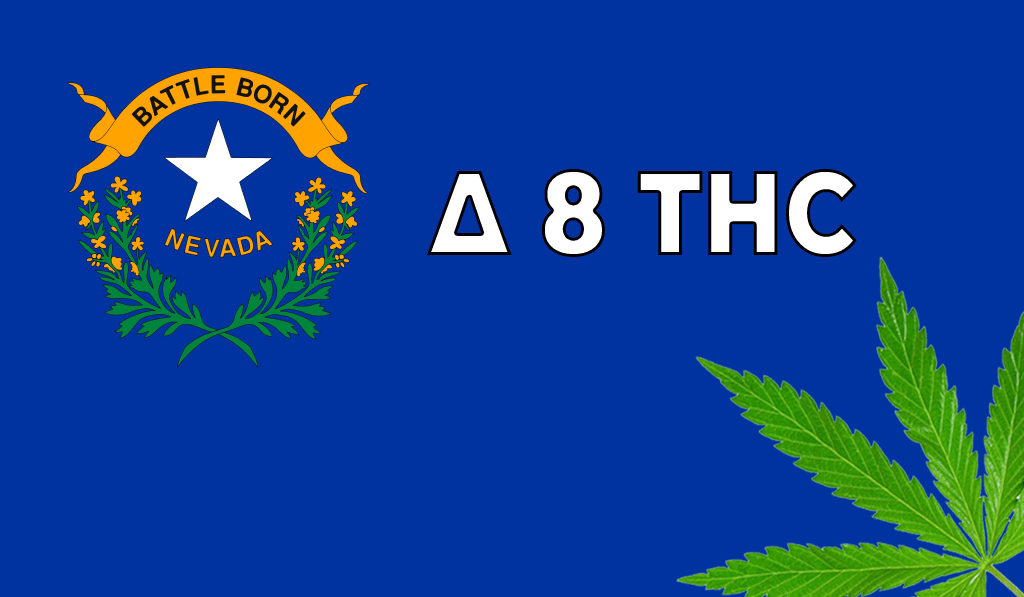 We personally test products and may receive a commission if you shop through the links on this page. Learn more.

Delta 8 is illegal in Nevada. The state passed a new law that redefined marijuana, hemp, THC, and synthetic cannabinoids to close the loophole that allowed for hemp-derived delta-8 THC.

Here’s a closer look at delta 8 legality in the Silver State.

If you want to buy high-quality delta 8 THC products, we recommend Extract Labs. It’s a transparent brand that provides up-to-date potency and contaminant third-party lab test results, which are crucial for getting a safe and effective delta 8 product.

Even though both hemp and recreational cannabis are legal in Nevada, the state decided to ban delta 8 and other hemp-derived forms of THC.

Here are the exact updated definitions from the bill:

“Marijuana” means: any commodity or product made using hemp which the THC exceeds the Acceptable Hemp THC Level as defined in NAC 557

“Hemp” means any plant of the genus Cannabis sativa L. and any part of such a plant, including, without limitation, the seeds thereof and all derivatives, extracts, cannabinoids, isomers, acids, salts and salts of isomers, whether growing or not, with a THC concentration that does not exceed the Acceptable Hemp THC Level as defined by the Department.

(a) Produced artificially, whether from chemicals or from recombinant biological agents including but not limited to yeast and algae; and (b) Not derived from the genus cannabis, including biosynthetic cannabinoids.

2. Synthetic cannabinoids are not permitted to be used in hemp, cannabis, or any other commodity produced or sold within the state of Nevada.

But if Nevada doesn’t consider delta 8 a synthetic cannabinoid, then a product containing 0.3% or less delta-8 THC by weight should still be legal. That means delta 8 gummies and other edibles with significant amounts of delta 8 (~20-50 mg) might still be legal in Nevada. But it’s not 100% clear.

What is Delta-8 THC?

You’re probably familiar with tetrahydrocannabinol (THC), the cannabis compound that gets you high. Cannabis plants contain high levels of delta-9 THC, its most common form.

But there’s another type called delta-8 THC. It’s weaker but produces all of the same effects as delta-9, including euphoria, sleepiness, and relaxation (1).

Cannabis plants produce trace amounts of delta-8 THC. But it can also be made from hemp-derived cannabidiol (CBD).

Why Delta-8 THC is Federally Legal

The 2018 Farm Bill made hemp legal nationwide, limiting hemp products to a maximum of 0.3% delta-9 THC.

This created a loophole where delta-8 THC derived from hemp is considered legal because the bill only limits the levels of delta-9 THC.

Delta 8 is typically made from hemp-derived CBD by using a straightforward chemical conversion process.

Other States Where Delta-8 THC is Illegal

Every state has the power to regulate delta 8 in its own way.

The Future of Delta 8 in Nevada

Delta 8 products are illegal in Nevada and likely to stay that way. Considering that the state specifically made laws banning delta-8 and other artificial, hemp-derived cannabinoids, it’s unlikely that this will change anytime soon.

Having said that, recreational marijuana is legal in the state, so you can use regular delta-9 THC products as an alternative.

Gleb is a freelance writer from Vancouver, Canada specializing in CBD and cannabis. He’s read thousands of studies on CBD and other supplements, helping him translate complex science into plain language. Gleb has tried and reviewed dozens of CBD brands and products, written third-party testing reports, and knows the CBD industry inside and out. When not writing, he likes to kickbox, travel, and tell everyone how awesome intermittent fasting is.

3 thoughts on “Is Delta-8 THC Legal in Nevada?”